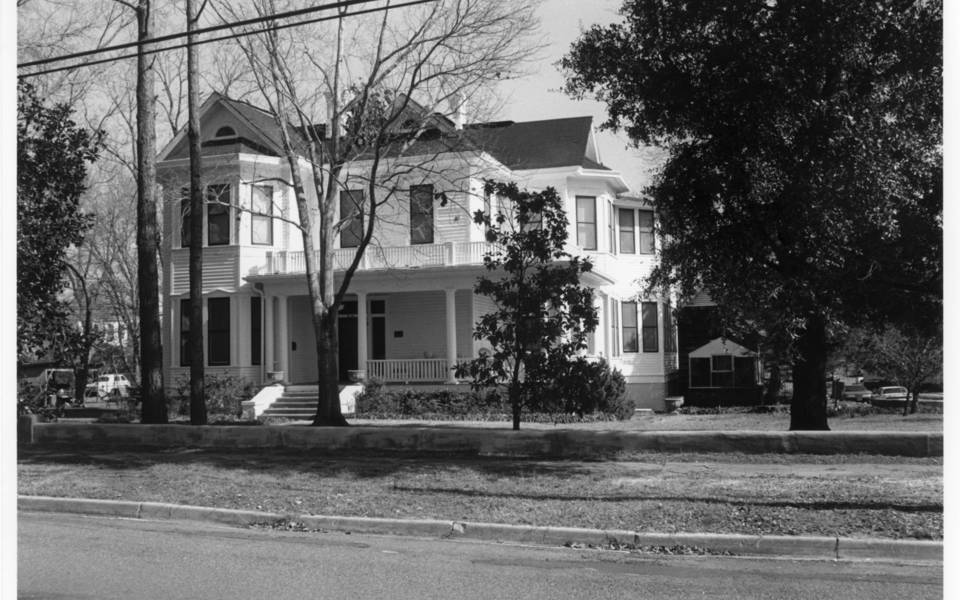 This two-story home was built by Oscar B. Sawyers, a native of Mississippi, and wife, Carrie Jones Sawyers, who was born in Henderson, Texas. Mr. Sawyers came to Palestine in 1877 and was a banker, realtor, business man and officer of the Palestine Loan Association. Contractor Lewis Jerrells built the house at a cost of $1,400. The home was bought and later enlarged by Percy V. and Anna J. H. Pennybacker in 1894. Mr. Pennybacker, a native of Paris, Texas, was a school superintendent in Palestine. Mrs. Pennybacker, a native of Virginia, was a noted social leader and author of A School History of Texas, the first Texas history book used in Texas public schools, and later published in Palestine. The home was bought in 1900 by Thomas Mitchell Campbell, a native of Cherokee County, Texas, and Fannie Bruner Campbell, who was a native of Mississippi. Mr. Campbell, a lawyer and one-time general manager of I&GN railroad, was the second native Texan to become Governor of Texas, and he was responsible for bringing the Texas State Railroad to Palestine during his term of office from 1907-1911. The house was remodeled to present classical appearance in 1922 to plans by architect Theodore S. Maffitt. It is still in the Campbell family.